The Questions We Should Ask, But Don't

In a 10 year span, most people encounter several head swirling events, any of which can really mess a person up if they let it.  The thing is, we often don't talk about these kind of events like that.  We talk about graduating college as the gateway to the future.  Marriage is easily characterized as the happiest day of our lives.  Then pregnancy and parenthood are spoken of in magical terms where the world is wafted with sunshine and rainbows.  And if we're all honest about it, deep down we want to believe it will all be true for us.  We are different.  The cool part is that there are days like that.  Days where I know I'm the luckiest girl in the world with amazing opportunities and joy beyond measure because of my husband, my work and my children.  But the other days - when I don't feel those things - well, we don't talk about those much, do we?

The other day I had a day that I just wouldn't want to share with anybody.  I didn't feel well physically. I was short-tempered with my son.  I was hateful to my husband.  And I accomplished nothing of note - as in no housework, no better attitude, barely getting the dogs fed kind of a day.  Granted, I'm pregnant and have been suffering from mood swings a lot lately, but it was still one of those 'I must be the worst person on the planet' days.  And the hardest part about it?  The next day I didn't feel any better.  It's like hitting a brick wall twice.  Ain't nobody got time for that! 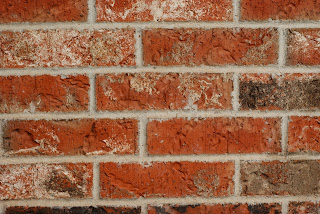 In life, we experience things that we hope to never talk about with anyone - or at least as few as possible.  But I think we should.  Mostly, to know that we're not the only one who's ever faced such a thing.  Marriage problems, addictions, depression, feelings of failure because of layoffs, parenting problems, resentment, overwhelming pessimism, etc.  Just fill in whatever issue you struggle with right now.  We all know of people who have surprising problems. "I had no idea!" always follows the discussion.  So often, if we would talk about it, these problems can be ridden out before permanent destruction occurs.

We all have circumstances, health issues, weaknesses and a whole lot of faults.  And that's not really the problem.  The destruction really begins when we start thinking we're alone or no one else has to deal with anything like this.  Sure, it's not a good idea to tell anyone who will listen to all your dirty laundry, but find at least one or two friends to be honest with.  Whether you're at a crossroads of decisions, drowning in silence or just about to jump into something big (like college, marriage or kids), ask questions of those in the throws.  Ask the weird, maybe hard questions.

This is the stuff that turning points are made of.  There are ways out, but all too often it's really hard to see them by yourself.  What do you wish someone had told you before now?
Posted by Amy Butler at February 09, 2013

And then pray for wisdom.