Politics, Sports and Other Things I Care Very Little For

It's Thursday and here's what's going on: The kick-off of football season, two political conventions just about in the books, and even with the holiday on Monday, I feel like I haven't seen my husband all week!  I'm not a sports fan.  I'm certainly not a political activist.  And I get cranky when my routine gets messed up!  So, maybe I'm a little cranky, but I have a couple of opinions about some of the hypocrisy we allow when sports and politics are involved.

I'll just tell you up front, every time the subject (whether in person or in social media) of politics or sports comes up, I cringe.  I cringe and I pray people will behave.  Because about 70% of the time, people don't behave.  People aren't respectful, humble, kind or honest.  We get prideful, boasting, rude, mean and grow into big fat liars.  Liars to ourselves about how good our team/political party is and how bad the other is.  Liars to each other, making claims about what (or who) will fix things in the country/conference/team.  We also get demanding and ungrateful.  The ability to vote in an election and watch a football game on a beautiful Saturday alike are awesome gifts and blessings.  Many times, we behave as though we are in charge of everything to do with them and are personally paying each politician and player. 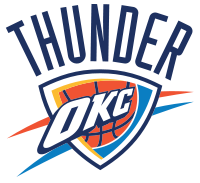 Now, living in Oklahoma, you can't get away from sports fans because these days, if it's not football it's basketball.  And I also live in a free, relatively democratic society so getting away from others exercising their political freedoms would mean moving and potentially giving up my own freedoms.  So, I am in no way suggesting that we try to get away or that all involvement and support of sports and politics is bad, wrong or offensive to me.  I love a good basketball or football game, snuggled up to Mr. Butler - especially with my ipod handy to distract me when I lose interest! I know one day J will be on some field or court and I'll desperately pray to God that his team win!  And, I get fearful and overwhelmed at the thought of one day losing my freedoms - freedom of religion, the safety and luxuries we are provided in this country! I'm even thankful there are at least two major political parties, where one party or ideal can't dominate completely for ever and ever. What I am begging for is good, well-thought out, reasonable behavior.  Just because a party did something profitable once doesn't mean it is infallible and is the only solution to everything.  But just because you disagree with certain ideals of a party doesn't mean it can't accomplish beneficial things for everyone.  Politically, I'm probably half republican and half democrat because I support some of both sides.  In sports and politics, every last player and coach are human, subject to mistakes, circumstances and game-changing events.  Everybody has a bad day and deserves mercy just as much as you do.  If you can't enjoy the ride and appreciate the process without being rude and stirring up strife with others then maybe you should re-evaluate why you feel so strongly that you can't behave in an honorable way.  And yes, I may feel so strongly about all of this because I'm cranky, so maybe we'll all behave better next week! :)