Before I had even gotten out of bed the other day, my son was begging to watch something or play with someone's phone/ipad/kindle/ipod.  As of late, we had given into that request more often than not mostly because he did learn things from it (most of it) and it helped me focus on other things.  But the more we allowed, the more he wanted to consume! And the more he consumed the worse EVERYTHING got! He's 2, so of course he struggles with listening, obeying, throwing fits over the slightest no, etc., but whining and flat out ignoring had started!  It was just out of control.

So, yesterday I had decided that he would have an unplugged day.  No games, no tv, nothing.  He asked about it first thing and I made the proclamation! He slumped his shoulders, I changed the subject and we had a much better day.  He asked every few hours, but no fits about it.  And his listening and joy levels were through the roof!  This child was by far my favorite of the two days.

So, what?  Am I here to shame people who let their kids watch tv and vow to never let it enter the house again? Not at all.  I'd be a hypocrite if I even suggested such a notion.  I just want people (not just parents about their kids) to consider anything like tv or media and it's effect on your mood, thought patterns and energy level.  It effects what we do, how we think and how we feel.  Some is okay for most things, but taken over the edge and you find destruction.  We have to eat, but binging and lack of restraint make people unhealthy, fat and miserable.  Media is not much different.  We all have to use it, but too often we let it make us mentally fat! 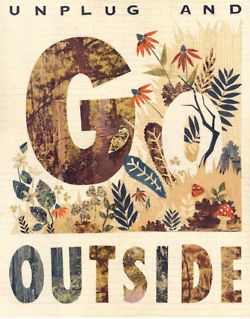 For me (and apparently my offspring!) finding a balance means I have to set limits before I even start.  Here are some things that help us.

-Require certain tasks before indulging. I hate cleaning so for me personally I require myself to clean the kitchen and whatever large daily task (floors, dusting, etc.)

-Limit how long.  Duh, but it's hard when you don't plan it out before hand.  Just 5 more minutes can be the most alluring words on the planet sometimes.

-Pare down WHAT is being watched.  Pick your absolute favorite(s) or most beneficial (educational, cleanest, inspiring, encouraging) shows and don't fill time with fillers! We all watch just to watch if we're not careful.

-Start and end your day with God.  Whether it's in prayer, silence or reading scripture, your day will be more balanced and solid if you don't allow facebook, cartoons, or anything electronic to set your pace for the day/night.

We struggle being consistent with these, but when we are, there are never regrets!  There is an amazing world, full of amazing brains and creatures and life that we pass over so quickly if we're not careful.  As spring is on it's way, encourage your household to live in it fully!  I expect you'll find (like we do) that the tv and internet is so much easier to keep in perspective that way!