The Importance of Being a Loser 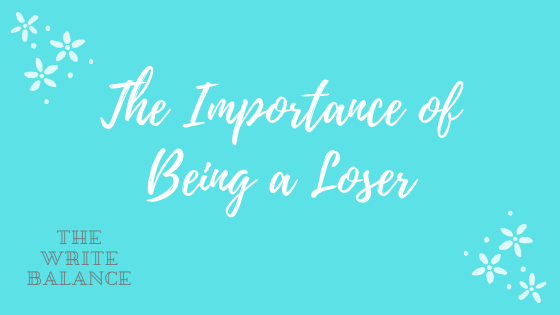 I wanted to cry.  Miss Z's soccer team had just made a goal - their first goal of the entire season.  Before you go calling me a silly soccer mom, know that this was the next to last game of the season.  They hadn't scored a single goal all season long.  That unbelievable moment - a moment that we as parents and spectators had begun to think wouldn't happen this season - was full of delirious screams and wild jumping around.  We still lost the game, but went on to score two more times after that and were just as excited every time.  These girls had worked hard, but had a few things working against them all season.  They were a new team, for one.  They only had 2 subs while most teams had 4 or 5.  And since they were low on sign-ups, they were a combination of age levels playing up in half the team's case and physically smaller than most of their opponents.  All things that weren't anyone's fault really and we had certainly seen growth in just a few short weeks but none of that helps much when you're feeling discouraged at the losses. So, when a shot finally went in today, you better believe we rejoiced!

Losing, whether it be in sports or any part of life, is just that way.  When you experience poverty, you have a greater appreciation for abundance.  When you lose loved ones early in life, you have a great capacity to appreciate those around you now.  Losing means struggling.  Struggling gives you the chance to learn things and to grow in ways not possible otherwise.  In sports it is natural and tempting to want your child to be on a winning team.  When your team isn't winning you might talk bad about the other team or give the refs a hard time or even switch teams just to avoid losing.  We all can slip into a sore loser mentality and make a 7 year old's soccer game about our personal validation.  But, let me remind you that not only does it make you look foolish, but also your child misses the chance to learn skills to help her thrive in life for years to come.

Did you read that right? Losing a soccer game or not getting the lead or even getting dealt the worst hand in life, is usually one of the biggest catalysts in personal development and growth.  Life is full of losses and the most successful people are the ones who struggle enough to actually learn how to do it better next time.  Not to mention that the gratitude for the wins is so much bigger and sweeter when you have really lost and then found success with much effort.  As parents we are wired to not want our kids to hurt, but sometimes we forget the purpose in some of that pain.

As much as I want to see that beautiful daughter of mine score a dozen goals, if only to see her excitement, it is more important to see her face any looming mountain in her life with endurance, ingenuity and an attitude to try again when she loses.  I love it when my kids win, as we all should I think, but today reminded me how valuable losing truly is to being a success in life.
Posted by Amy Butler at November 02, 2019