When miss Z turned a year old, I began having some health issues and eventually the need to wean her was discussed.  I didn't want to end that stage of parenting on such a difficult note.  At that point my anxiety was very high and the fear of not being able to have another child was very real.  I certainly didn't want to put me or a new child at risk, but in my heart I just wasn't finished with two.  There were a lot of prayers going up about this possible child #3 and from start to finish, everything was so. much. different.  From J to miss Z there were some clear differences, but I still felt like I was in the same ballpark.  Sickness, how I carried, emergencies, labor and delivery with this one were all almost foreign to me, they were so different! And for someone who really aches for familiarity (and panics at change and new things), this was hard to process.  Rory is over a month old and I'm just now sitting down to write about it - the shock of it all has made it hard to have any words I think.

As I've written before, miss Z's birth was so much more gentle and efficient than J's and I had attributed a lot of it to the self-hypnosis I had learned.  So obviously, I intended to do the same with the next one.  The trouble with that was that nothing lined up the same both mentally or physically.  I was looking to recreate miss Z's birth, but couldn't even muster up similar feelings when it came down to it.

On Saturday April 8, 2017 I woke up still very pregnant looking like this: 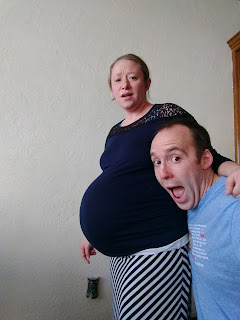 I didn't feel good, but there were no regular contractions.  There was hardly any irregular contractions.  I felt poorly enough to ask my mom to work on (reflexology) my feet just to get things flowing in a good direction.  She did.  I felt better.  She left.  And I continued my day.  Mr. Butler was nesting for me - cleaning up the house like a pregnant woman.  I was cranky so I had a late lunch/snack and then took a shower.

Showers always make me feel better.  This one made me feel worse.  It activated something and around 3:30 I started feeling sick in every direction.  That would make sense if I was in the middle of labor - that's called transition in case you're not familiar.  Transition is the point where most women reconsider and say "I can't do this."  The good news is that you're almost done at that point.  Well, I didn't know it at the time or even that it was possible, but I WAS in transition.  For some reason I just started there and skipped the build up.  Yay, right?  Well, sort of.  Because there were no rhythmic contractions, we weren't sure we should call the midwives or not.  Then I started having severe acute pelvic pain but still no contractions.  It was very uncomfortable and not getting easier.  So, Mr. Butler called and they were sending an assistant to check on me.  In the meantime, miss Z woke up from her nap and very concerned for me.  J was already with my dad so we sent her over there and my mom came over to help me.

After we had called, things started getting out of control.  I couldn't get comfortable, everything was VERY painful and I had to squat for any kind of relief. HELLO, that's transition getting ready to push!!!  But it just didn't make sense. None of it was in a familiar order or form.  When the guttural sounds started coming out of me spontaneously, I had Mr. Butler call back to confirm we were having a baby, regardless of how little sense it made!  Now, I tried to use my hypnosis.  I tried to relax and focus, but it was all for not.  Nothing I or anyone else did really helped.  The pain was constant and so intense that I had to focus on getting out of that situation as fast as possible.  So, that's what I did.

The midwives' assistant arrived about 5:45 pm and had to start setting up for birth immediately as I was practically pushing.  She got everything set up just in time too because he was born at 6:01 pm before the senior midwife even made it!  The relief and joy was so amazing largely because the intensity of labor was insane!  But of course our little race car couldn't let the excitement end there.  When he came out he started turning blue and wouldn't sustain breathing.  He would cough and make a sound and then nothing.  So, the fantastic assistant knew just what to do and gave him oxygen and some chest compressions.  He was right next to me the whole time and perhaps it was all the love hormones flowing through me but I was confident he would be fine.  Mr. Butler and my mom seemed to be in charge of panicking instead.  Still, after a little bit of help he was breathing on his own and we were in business! 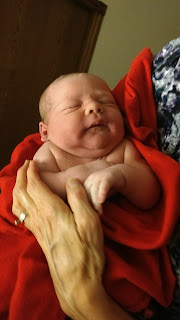 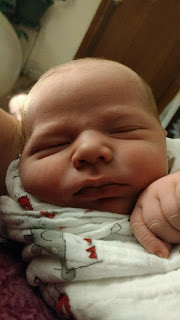 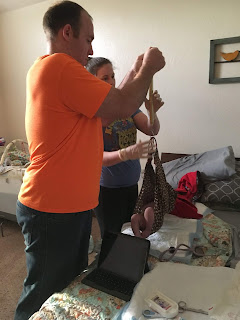 The big kids were VERY excited to meet him. 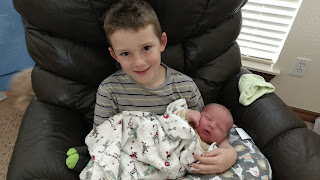 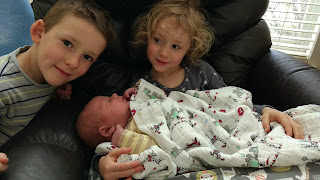 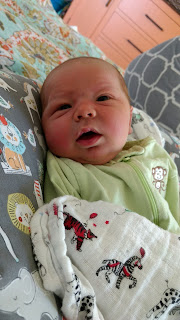 As many people know, we went on to have a hospital stay and some health concerns, but thanks to an enormous amount of prayer, he has been cleared of all issues and thriving at home!  We are learning many lessons through this sweet boy, but none so much as thankfulness for all the good things.  This mama's heart is very full. 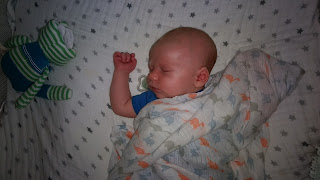 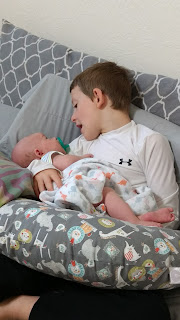 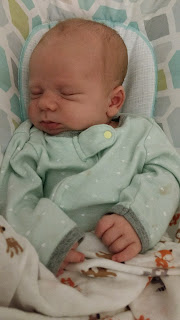 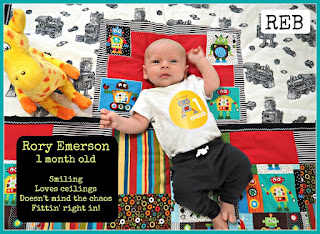