There's a song by Raffi that's called, "I Wonder If I'm Growing" that the kids sing a lot.  It highlights the common struggle to know when you're growing.  We don't usually feel it, but all of a sudden it is clear.  We haven't felt the growing, but this week we've sure seen evidence of it. 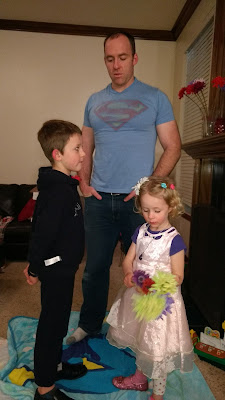 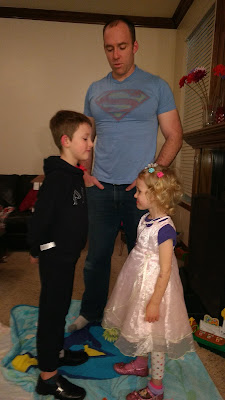 The kids decided they wanted to have a pretend wedding instead of a show.  So, they picked out their wedding clothes themselves and laid blankets on the ground (for grass) and the cuteness ensued.  The conversations about flowers and music were hilarious.  Still, this was a first for the Butler household and it was evident how big they are getting. 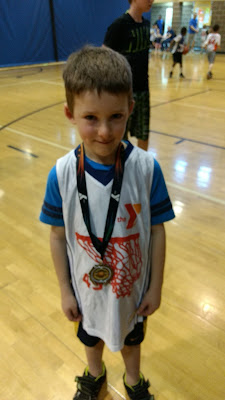 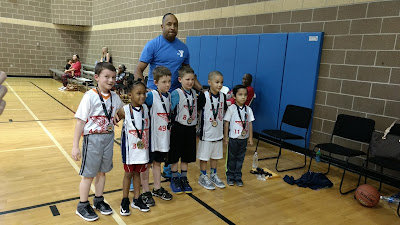 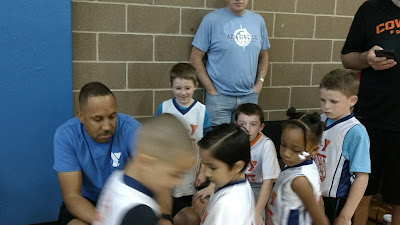 J finished his first basketball season at the YMCA and I think soccer and baseball suit him better.  Still he seemed to have a great time. 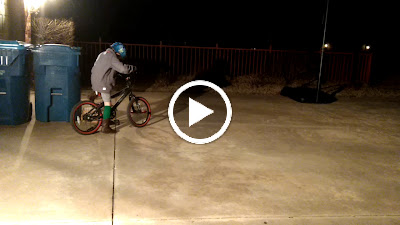 J also got rid of his training wheels and took off like the wind.  Definite growth happening. 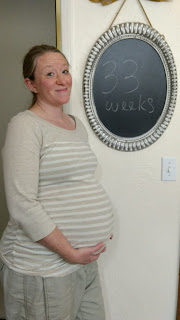 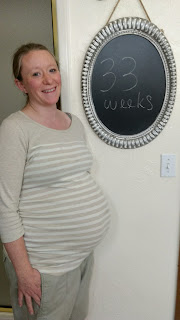