The Excuses We Tell Ourselves

If you've ever met Mr. Butler, you know that he has logic and mechanics of brain in abundance, empathy and compassion usually only come after the previous has been exhausted.   Of course, I'm the opposite.  Regardless of reality or logic, I feel the plight of man with every word presented to me. Problem solving around our house can be challenging to say the least.  It is common to hear him reject someone's statement as an excuse, while I am usually proposing the statement is an explanation tool.  Potato, potahto, right?  Either way, he has said something lately that resonated with me.

In context, it sounds harsh at first, but the more I've thought about it, the more I agree with it.  It happens all the time when someone complains or explains why they aren't/can't do this thing.  I can't lose weight, I have to spend this money, I just can't believe that's what God wants me to do, it would never work, etc.  Mostly, we're saying we don't want to do what it takes to avoid this circumstance and truth be told the majority of us don't like being told what to do - even if it's by science, economics or our moms. 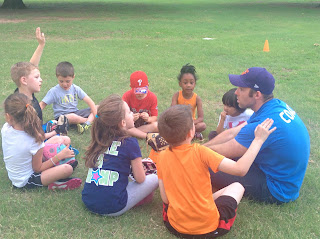 It's a good habit for me, but it's more importantly a habit I'm hoping to teach my children.  When making a decision or statement, break it down to it's most simplest terms.  When we say, I can't get healthy or I don't have time to go to the gym, in most cases, we're really just saying that I don't want to eat differently or drive an extra 15 minutes and spend 45 minutes in the gym.  Once you say it out loud like that, if you can accept that statement as it is, then okay.  If we refuse to accept it's simplest form than we are deceiving ourselves somewhere along the way and it needs a closer look.

I think about my children choosing friends, jobs, colleges, mates, etc., and how blessed they might be if they are able to simplify why they choose one over another.  Sometimes we really do like people for their money or how important we feel at a job, but if we never consider what's really behind our motives, there is real danger lurking. 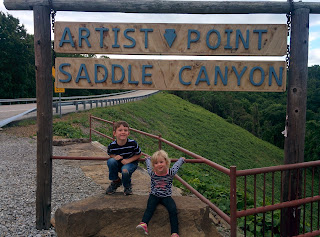 "The more successful you become, the more complicated life gets.
Not being successful is easy.  Choose wisely."
-Mark Cenicola
Posted by Amy Butler at June 17, 2016