The Attraction of Opposites

They say opposites attract and we are living proof of that!  The funny thing with that though is that with the slightest tip of the attitude scale, that attraction, so to speak, can turn ugly REAL fast.  Think of all the people, hobbies, subjects that are the exact OPPOSITE of anything you want in your life.  Now, throw out all of the obvious things that everyone would usually agree on (murders, etc). What's left?  A lot of people and things that are really different than you, right? I'm thinking that a lot of conflicts with other people, spouses, friends, co-workers, anybody really, have their origin in this point. Other people function differently than me.  Certain hobbies or forms of entertainment value different things than I do.  Some organizations are managed in ways that don't make sense to me. That's really a part of life for us all. 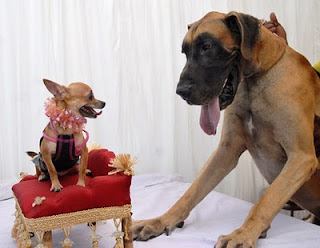 The issue arises at this very critical point. I don't share much with this entity (person, hobby, etc) so what am I going to do about it? The very natural response is to reject, dismiss and ignore it.  In some instances it escalates to a challenge or pushing and shoving, resulting in them or you winning and someone losing.  The thing is, that won't bring much good to anyone.  The other option, which does take more thought and work, is to look for ways  it/them can fill in areas you are lacking.

Examples:
Randy is like a robot sometimes - accomplishing because it is to be done.  I am like a an emotional willow sometimes that accomplishes reactively if at all.  Though in extremes neither are healthy, both of us could use a dose of each other.
In any high school  you may have a group of very cheery cheerleaders and a group of very laid back, non-extra curricular activities/school spirit kids.  Some of each attitude is good and both could gain from each other.
Environmental, tree hugging  hippies vs capitalist, take no prisoners businessmen. Both extremes that can still maintain values while rounding out their methods and mentalities. 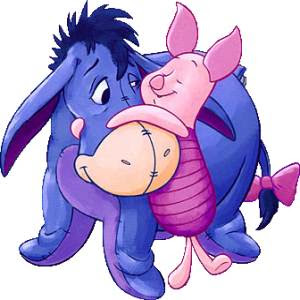 No, we aren't all the same and I'm convinced we'd all be miserable if we were.  But at the same time we all need rounding out and those most different from us are the best for the job.
Posted by Amy Butler at May 05, 2010