Fairness sunk into my head deeper than anything growing up.  The only problem was that the fairness was important when life wasn't fair to me.  Other people, especially in direct relationship with me, didn't matter as much.  And yes, that was planted in my marriage from the get-go.  I expected him to treat me certain ways and if he didn't, it wasn't fair.  And sometimes it honestly wasn't. He should've done differently, better, whatever.  But I used circumstances "not being fair" as an excuse to treat him however I wanted.  I expected him to treat me just right FIRST and only then would I give him the honor he deserved or wanted. 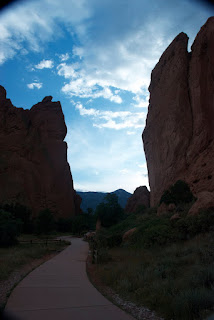 The reality is that most people expect others to act right first. I guess it's a human thing.  So as I'm waiting on him to straighten up, he's doing the same thing - feeling justified to do whatever he feels because I'm not acting right either.  And so we get nowhere except more fighting or mistreatment.  Does absolutely no good.  I often thought I could guilt, shame, or bully him into feeling bad for his imperfections and take the grand high road, but all that ever resulted was more of the same.  And while his tendency was/is to just shut down after a while, especially if what I'm saying is irrational or emotional, after a couple of years he's learned to argue the same way I do.  And that is awful, let me tell you! Grid-lock deluxe!

I read something about parenting that said you can apply different techniques and methods all day long, many of which may work, but it went on to say that if you really want to have a deeply positive impact on your kids, be the person you want them to become. The writer's argument was that they will become who you are, whether you're full of desirable traits or not.  And this not only seemed like a great piece of parenting advice, but it spoke to any relationship.  Though my stubborn will does not yield as quickly sometimes as I'd like it to, when I make the choice to have the attitudes, use the words, welcome to imperfect will that I would like from him (or anyone for that matter), it is amazing how quickly love reaps love.

So, this week let's try to be the first to act right, take the high road, show the love we're begging for, or maybe just smile first.  If patience is your guide,  you won't regret it.
Posted by Amy Butler at May 11, 2010

Honey Lamb and I said...

Yes we need our kids to be a reflection of us! I need to start watching my impatience, yelling etc. with them. Thanks for the reminder:)