Why I Never Wanted To Have a Daughter

When I was pregnant the first time, I really, really didn't want a girl.  I get boys.  Girls? Not so much.  Girls are complicated and I could barely handle my own complicated girl-ness, so how could I raise one just like me?  I expected God would tell me to get over it and give me a girl anyway, but He didn't.  And, for sure, I love my boy - jumping, noisy, dirt and all!  But as I sit on the verge of having another baby (that might be a girl), I'm game for anything this time around.  I am starting to understand a little bit better why having a daughter was so unappealing at first.

I've always heard a story about me and my great aunt Sally sitting with me as I color and asking me what my favorite color was.  My response? "Black."  And no joke, for the first half of my life, black was the dominant color.  The typical pink or purple response was revolting to me.  I also hated things like tights and lace - mostly because they bothered my skin, but it quickly became difficult to distinguish between the items and the frilliness they represented!  I'm not certain that this ever happened, but in my mind I asked my parents for cars (with ramps and all) and they refused.  Perhaps I never actually asked for them, but I felt gipped just the same.  I just didn't like the typical girl things.  Dolls seemed dumb.  I didn't get the princess 'persona'.  And, frankly, most girls seemed so dramatic and not like me.  (Yes, I understand some who know me might object to the idea that I was in no way dramatic, but just go with it!) 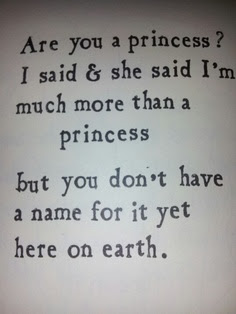 I'm sure there a lot of reasons for the differences I felt, but a general reason is that society didn't readily offer other acceptable options for girls.  Clothes, toys, colors - if you picked the wrong ones, it said something about you that seemed threatening and irreversible.  In my heart, I knew that it just didn't matter, but the fact that so many people couldn't see that, made me mad.  That resulted in subtle rebellion, like never wearing the color pink or not ever playing with barbies by choice.

As my husband reminded me this morning, in most ways I'm living the life I always wanted: married, homemaker, mother, freedom to create as I wish.  Sounds pretty typical for a girl.  So, don't get me wrong, I'm not anti-girl.  Not at all.  But the girl box that I always heard and saw from other people just didn't feel like it fit me the same as it did everyone else.  Anyway, my point, and the lesson I've taken too many years to really learn, is that having/being a girl doesn't have to mean one toy or color or one (career) path - it can be all of them or none of them.

Have you heard of Goldie Blox? I had been told about them, but had never seriously looked them up until recently.  This is a video of the creator and her thoughts behind the toys.

I don't know that I would have been a good engineer, per say, but I can see how this type of encouragement could have shaped the way I saw myself much differently than I did.  And perhaps this toy isn't the solution to all the 'girl' problems of the world.  It IS, however, a beautiful example of how there's not one kind of girl.  Don't expect it (whatever girl version you have in your head) from your child, but encourage discovery and exploration in all areas.

I'm sure princess play shows, just like boys will discover fighting and saving the girl, whether you encourage it or not.  The point isn't to polarize our vision for what being a girl is, but to understand that those aren't the only games to play!  At this writing, I am a few days shy of my due date and no clue if I'm having a girl or a boy.  It's exciting to say the least, but should I have a girl - I'm so excited to not feel boxed in the way I have in the past.  For all of you parents of daughters, what types of toys or games have you found that encourages your daughter to be more than just a princess, as their slogan says?
Posted by Amy Butler at July 02, 2013