What would our daily experiences be like if more people were taught to honor the differences in other people?  The broken record overfloweth I think but people are different.  We were made different and expecting sameness is foolish.  Finding kinship is a blessing and a gift. Why? Because it is rare.  We could go on and on about how being different is good, but the bible has already covered it at length (read I Corinthians 12 for starters).  The first mistake we (I) make is continually scoffing at and perhaps rejecting the other that is not like me.  This is little things like what food you like and big things like how you parent, who you marry and what you do for a living. 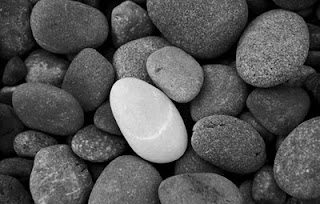 Let's use a funeral director for an example.  I don't know any personally so this is hypothetical at best. If anyone I knew decided to go into funeral directing or embalming or even a medical examiner, I would most certainly turn my nose up, give them a disgusted look and say "Why on earth would you want to do that?"  Fact: I would never be able to or want to do this kind of work.  Fact: That does not mean it is a bad line of work, no one should ever consider it or that it doesn't serve a greater purpose in society.  Why do I automatically criticize the entire idea? Why couldn't I consider how needed it might be and what a blessing it is to the grieving?  This is probably a silly example but I hope it makes the point.

As my son grows up, begins talking and eventually having an impact on the world, I don't want him to intimidate or bully others just by his opinions.  It's easy to do and I am very guilty of it.  There is plenty about my life that is very different than you.  I'm sensitive, physically and emotionally, which means weird things stress me out.  I generally don't go to the doctor and have taken natural remedies (herbs & vitamins) for most of my life.  I hate small talk that is just for show (I'd rather you ignore me unless you have something genuine to say).  I like basketball better than football, but I hate the poor sportsmanship that comes out in spectators of any sport most of the time.  I'd rather spend more time with animals than some people.  If there is someone out there that is the same as all that, well let me know because we should be better friends! :)

We will never like all the different things about everyone else.  But we can choose to honor them at least by not tearing them down.  This is probably an extension of a zillion other ideas (loving your neighbor, biting your tongue, etc.) but just think of it this way.  Wouldn't you like to be honored, cherished or at least appreciated for being a little different every now and then?
Posted by Amy Butler at April 08, 2011