And a new day rises again. Isn't that the most wonderful thought? No matter what happened yesterday we are blessed with a brand new day!  Sometimes that can feel like a burden, especially if yesterday leaned more towards imaginary steps than baby steps, but it is important to recognize potential the way God does. Without His perspective, most of us I think would cut the entire world off at the knees, saying everything is impossible.  Just think about the number of people who have surprised you.  I've (falsely) judged people, never expecting anything good from them or assuming they would quit trying and just give up.  Sometimes I've even thought that they should give up.  Isn't that awful?  Well, whether its a person, a project or this brand new day, who are we to judge or limit its potential?

As a teenager, I was NEVER an organized person and so, as an adult, discovering routines and schedules was like a life-preserver of sorts.  I hang on to them for dear life sometimes! The down side, though, has been getting off those schedules.  Being sick, waking up late, etc. pushes everything back and, instead of just rolling with it, I have a tendency to just give up on the day.  Sure, I can start over tomorrow, but simply because it's 9:30 and I haven't worked out yet isn't a sane reason to give up until tomorrow.  What is cool to me is when I start to give up on the day, somehow bypass it (through the power of God) and start accomplishing anyway and what do ya know? My day wasn't a failure after all!
Fridays are happy days anyway, so it will be an easy starting point to look for God's potential in our day.  The key for me anyway is to be purposeful about it.  If I don't intend to look for the potential, it's a sure bet I won't find it on accident!   So, moral of today: Look for the awesome potential in today!
It's a new day and I'm feeling good!
Email Post
Labels: healthy perspective

singinherblady said…
I love your post today! God has a wonderful way of making every day turn out fine even if it doesn't go the way I have planned it. I have had to keep this in mind many, many times when my client schedule gets backed up or people cancel. It always works out somehow. It is an encouragement to my day to get up and read your post every day. Love ya!
February 5, 2010 at 8:35 AM

The Hallway Brawls of Social Media: I'm Not Handling It Well 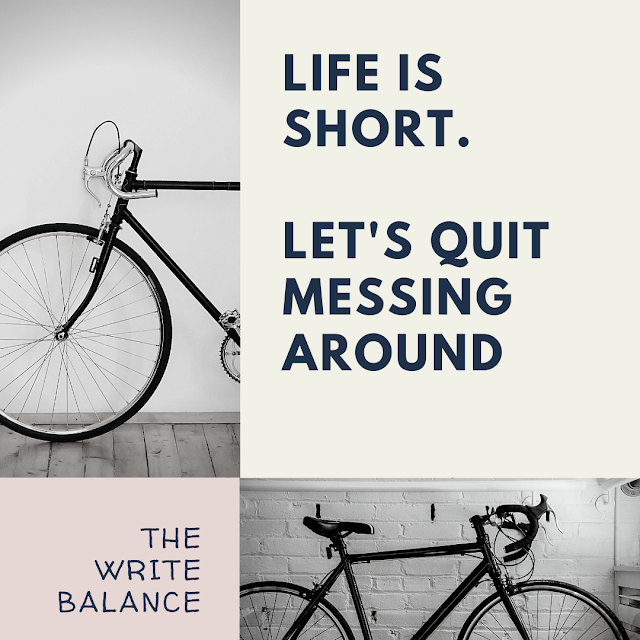