When In Plenty, When In Want 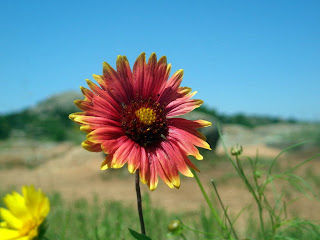 They say be careful what you wish for and they are right.
Randy has contemplated a job/career change for quite a while now.  Recently, we had determined that it was wise to stay at his current job because the income and added benefits were too good to pass up.  Still, he had joked about the economic downturns and the instability of his job, saying that he kinda wished he would get laid off because it would force him to go in another direction. But overall, he confessed to me, he was getting into a nice groove at work.
In another aspect of our life, we have both (but he especially) have been studying more and desiring spiritual growth more significantly than before.  So much so that on Wednesday night after services we challenged each other (partially joking, partially serious) to a race to spiritual maturity.  Hope and intentions were very high.
Thursday morning Randy came in the front door much too early for lunch with his hands full of stuff and greeted me with "Guess what happened to me today?"  Utterly perplexed I may have mumbled a "What?" but hardly having a chance to respond he says, "I got laid off today."
Of course, we are blessed with health, safety, education and ability to work so this period of want we are entering is still very plenty.  It's scary to say the least.  But its more ironic than anything else.  Randy longed for something else.  We longed to really grow.  God said, "Well, okay. Here you go." :)
Posted by Amy Butler at March 14, 2009