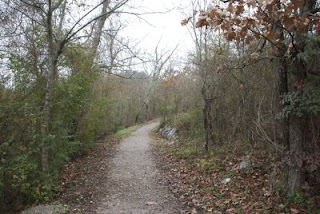 Well, its been a while. In a couple of weeks we'll be at four months since Randy was laid off. Neglecting this blog was never an intentional thing, but sometimes emergency mode diminishes unnecessary things to the point of expulsion.  Randy still does not have a job, so to speak, but we have come a long way! He has found a new direction for his career that we both feel really good about.  I have started my own tutoring business that promises continued growth. And, so far, we've not gone into any kind of debt.  All in all, we've been blessed.
Throughout this process, the pendulum of positive vs negative has been a constant battle, much more than I thought was realistic at times.  One event, one meal, one conversation can have so much power for good or bad.  Stability, security and expectation of the future are luxuries we had come to rely so heavily on. When they are gone, its not so bad at first, but after a while it feels like a sick joke.  How many decisions could I simply not make because I didn't know where we would be and how we would be living at some point in the future!  Thankfully, it is forcing us to face ourselves pretty regularly.  As members of a fast-paced, civilized society, its natural to become absorbed by our surroundings, focusing on trivial, unimportant things and completely forgetting the magnitude of each decision and how it impacts our soul.  Not having everything easy and normal reminds you that stability and normalcy should not depend on this social expectation of a 9-5 job with benefits and an office cube. If you have it and want it, praise the Lord! Since we don't, we are reminded to praise the Lord anyway! Randy and I both hate rigid schedules that only produce financial fruit anyway. Making the world better, doing something that matters, appreciated God's creation and learning to live life on God's terms, not man's, is much more fulfilling in the long run.
Posted by Amy Butler at June 02, 2009

Email ThisBlogThis!Share to TwitterShare to FacebookShare to Pinterest
Labels: Lay Off, Stability