That Growth May Abound 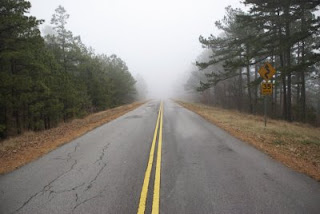 Have you ever witnessed an accident of some kind as though it were in slow motion? You see everything coming and you want to scream or stop it somehow.  When I look back over some of the choices and decisions I've made, its as though I were a time-traveler and thought I could change the future and avoid accidents.  The trouble with that, as some time-travel epics illustrate, the mere act of trying to prevent sometimes is the actual cause.  All of my many years in college, my intention was to go after something I loved and felt strongly about. I did NOT want to end up employed in a industry or field where I did nothing meaningful to me.  Instead, I never quite followed anything through, resulting in qualifications that left just shy of any position most people were hiring for.  I have really painted myself into a corner.  It is true that I have two college degrees, a wonderful husband, friends, family, and don't forget two beautiful dogs.  So, there has been follow through at times throughout my life. But, when you foolishly in-debt yourself to a university for a tad more than a few bucks, doing something with your degree becomes important, if not necessary.
Before the wailers and mourners begin, all is not lost. Today is always an opportunity to learn from mistakes and I'm already working on it.    My first lesson learned is to focus just as much (if not more) on working hard at something than avoiding all of your feared outcomes.  Either what you fear will never happen, which is the case most of the time. Or, your fear will happen eventually (death, separation, etc.) so you'd best get used to the idea now.
Today I am trying to get rid of all fear by ignoring the ones that are silly and facing the ones that are my eventual reality.  The hope is that growing will abound!
Posted by Amy Butler at February 19, 2009