How To Change Everybody Else

Think about all the times in a week you try to change someone else.  How many times are you successful? What if we took just half the amount of time spent on changing others and spent it on changing ourselves or at least insuring that we 'practice what we preach'?

I could be the poster child for trying to will others to be like me, see like me or at least think I'm right.  There isn't a better picture of that than in my marriage.  Mr. Butler and I are so vastly different and I know it.  But that doesn't seem to compute a good part of the time because I demand he be like me, see like me or at least admit that I'm right!  The first part of this week I spent more time than I'd like to admit trying to change him.  What I have realized is that I was pouring myself, not into being a wife of patience, grace and unconditional love, but into demanding he be different. 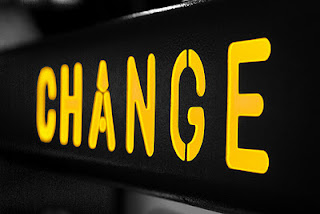 What makes you want to change anything the most? Is it when someone nags you about how wrong you are? Or maybe it's when ultimatums are thrown around like candy? Maybe I'm weird, but what makes me want to change is to see someone else being successful (think weight-loss, relationships, attitudes) and the comparison bug brings about hope.  I want what they have and then I'm all ears as to how they do it.

Are you frustrated with someone right now for the choices they are making, the attitudes they have or the things they believe?  There is a time for confrontation and hashing things out, most definitely.  But sometimes what they need in order to change is to see you following through, being successful and content in your own situation instead of being pre-occupied with them. Let's give them room to face themselves instead of always giving them an excuse to fight about it.

If any of you think you are something when you are nothing, you deceive yourselves.  Each of you should test your own actions.  Then you can take pride in yourself, without comparing yourself to somebody else, for each of you should carry your own load.  - Galatians 6:3-5
Posted by Amy Butler at October 27, 2011