Guilt and Expectation as Weapons

"Lack of preparation on your part does not constitute an emergency on mine."


Have you ever heard that quote before? For some reason I have this image of Garfield (the cat) in an office setting with that quote around it.  I've always associated that idea with office relationships.  Doing your job in a timely manner was important so that other people would have time to do their job (with your work).  But let's be honest here.  At most jobs, lack of preparation isn't ignored for very long, thus you're less likely to slack off in that area of your life.  But, in our relationships at home, with old friends or just people you don't think will mind, how often do we expect others to take up our slack when when we didn't bother to prepare adequately?

Let me push a little bit deeper.  How often do you expect your family/friends to help you/do things for you/etc., and get offended or hurt when they don't or initially say they don't want to?  Isn't it easy to throw in some "I don't ask very much from  you" or "Fine.  I'll just do it myself" that is littered with guilt and obligation?  Maybe its just me, but its SO easy to throw that guilt around.  The way I see things in that very moment is that 'I didn't mean to be so behind - These are all good things to do - I just need some help, why won't you help me?'  Yes, I really do expect/hope that you'll drop everything for me because I'm having an 'emergency'. 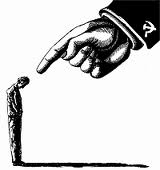 But here's the main reason I've been thinking about this at all lately.  God has given us freewill because he wants us to love and serve him out of our own hearts.  Not out of obligation, not out of forced guilt or begrudging feelings.  And don't we want that from others too?  Who wants all the help in the world from people who secretly resent you and badmouth you because you don't really give them any options but to serve you? Maybe other people are different, but the act of service (whatever it might be) is worthless to me if all that is motivating it is guilt, obligation and avoidance (they'd rather just give me what I want so I'll leave them alone). 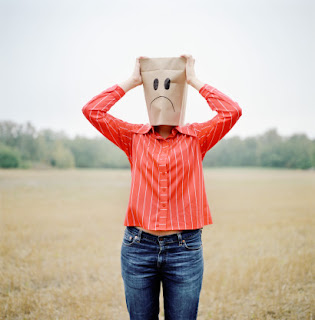 Let's bring it all together.
1) Preparation is such a healthy, good thing when you utilize it.  When we slack off, take on more than we can handle, etc., that is not everyone else's fault or problem.  For my sake, let me say that again.  It is not my husband/family/friends/neighbors' fault that I am panicking, that I slept in, that I agreed to more than I could physically do or did not plan ahead.
2) It isn't bad to ask for help in these situations, but bad to expect/demand help and not give a genuine option to say no.  This, especially when it happens over and over, breeds resentment and negativity aimed directly at you.
3) Take a cue from God and realize that love-driven acts are worth a million-times more than guilt and obligation driven ones. Feeling guilt alone isn't a bad thing either - its a measuring stick for our conscience usually.  It's when guilt is used as a weapon that it starts treading on ground it was never intended for.
4)We are all responsible for ourselves - in the day of judgement, in our daily lives as adults, in everything.  My feelings are my responsibility to address.  Me feeling bad for any reason doesn't automatically obligate action on anyone else's part.  It's really great when it happens like that, but there is no obligation and I shouldn't expect there to be one.

I'm bad about focusing in on something someone did that I didn't like or didn't think was fair.  Then I start blaming it for all kinds of things.  Well, if you hadn't 'mistreated' me, then I wouldn't be so upset, I would be happier, I would be a better this and then I wouldn't have said that snippy thing then, yada yada yada.  This weekend, maybe you're off work and going to be around your family or the entire OKC population at the new outlet mall that's opening.  Think about how you are interacting with everyone.  Are you expecting or blaming things on everyone or are you taking responsibility for your actions (or lack thereof) in all things?  Let's pray for each other that we'll leave all the baggage at the door.
Posted by Amy Butler at August 05, 2011