The Diamond in the Garbage

Sometime in the year 2004, in the Spring I think, I made a very bold statement to a very good friend.  Carisha Hullet asked me if I'd ever thought about dating a one, Randy Butler.  I quickly told her I had no desire to date him and most certainly would never marry him.  The following months provided lots of interesting events and if you ever want to know the story, just ask me.  It's probably my absolute favorite!  But for now, suffice it to say that I was convinced of what I wanted/needed and he wasn't it.  Clearly, I had no clue what I was doing!

How many times have you heard of or even experienced something like this: You start out with a clear plan (a career, place to live, type of person to love, way to believe) and due to any number of things, that plan gets changed for you.  You would never have planned it that way, yet when its all said and done, it couldn't have worked out better for what you needed.

I judged Randy and assumed that he would not be what I wanted or needed in a mate.  We judge others and assume their friendship is not valuable.  We assume that a change is going to bring all bad things.   We assume a move could be the worst thing that could happen.  And, yes their are some people who would be horrible mates.  Some friendships are not valuable. And some changes or moves do bring all bad things.  But here's my issue: Have you honestly considered, with facts and actually knowledge about the value of this choice or are we assuming too much? 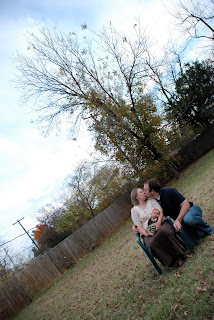 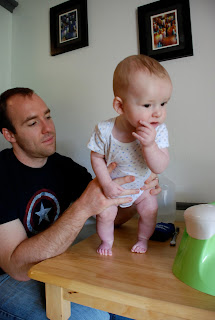 I'm so thankful that God knew better than I and that I was allowed to spend so much time with Randy that when his interest wandered elsewhere, I was green with envy.  Had my emotions and assumptions not been changed, I wouldn't have had almost 5 years of marriage with the best guy in the world for me or a fabulous son who has brought us so much joy.  Consider the people, the choices, the opportunities that you are automatically throwing in the trash.  You just might find a diamond!
Posted by Amy Butler at July 21, 2011