Our Relationship with Technology

I've discovered a few new things that have gotten me thinking.  First, I just finished Brain Rules for Baby by John Medina.  I don't agree with his evolution bent, but his science and logic about development and parenting seems pretty sound.  Aside from the numerous evolution references (that don't really add or take away from his points), I highly recommend it as a great discussion on baby development and what that means for parents.  One section specifically discusses technology and how its use with children ages 2 and below actually hinders brain development. 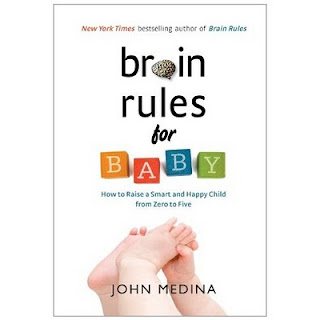 I'm also reading (and have yet to finish) Boys Should Be Boys by Meg Meeker. Also a really good book with (so far) a biblical basis and really good perspective on boys and parenting.  One of her major points continually is that kids need time spent with their parents more than anything else.  They don't need stuff, or new this or that, but face time with you.  And now I'm to the technology part where she also discusses the damages of technology, specifically tv and video games.

Finally, I ran across that new talk show, 'The Talk' (which didn't seem half bad) and the most recent episode discussed the idea of technology (and our excessive use of it) stunting our ability to relate with others.  They referenced this brand new book The Winter of our Disconnect by Susan Mausart, which records how a family pulled the plug on technology (for something like 6 months!) and lived. 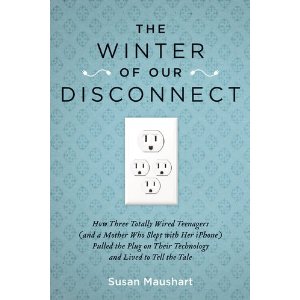 Ok, so what?  Well, last night Randy and I sat down to eat dinner and watch some tv. Jude was in his bouncer that was angled toward us on the couch, but, as it turns out, he could cock his head and see the screen as well.  He's never been interested in the television until now.  So, with all of this information running through my head that seems to be hanging out in one area, I've started to consider my ways, if you will.  I'm certain that most people would conclude, "Everything in moderation" but moderate to who?  The norm these days is excess.  And I want better things than the norm, certainly, for Jude.  This beautiful smile deserves the best I can give him! 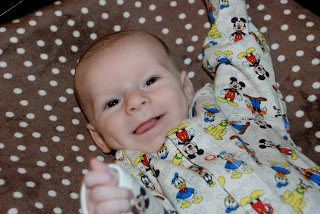 So, because of all this, I'm taking inventory of my relationship with technology and intend on making a few changes.  I don't believe cutting off ties is necessary or healthy for me right now.  Blogging and a few facebook updates a week connects me with people I would not otherwise.  However, television, video and movie watching (even if I'm doing something else at the same time) may decrease significantly. It's difficult to pray and meditate when there's rarely any silence.
So, what do you think? For or against? Any suggestions?
Posted by Amy Butler at January 21, 2011