Happy July everybody! July 1st and the high here in OKC is expected to be 88. Can't complain about that! 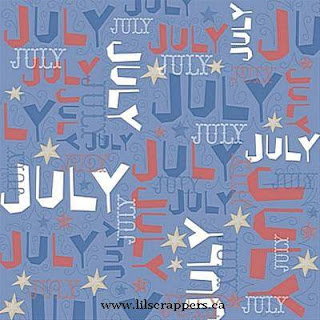 Today there are two separate things that have found their way to each other to teach me a grand lesson that I feel the need to share.  A friend of mine recently talked about our concept of youth and adulthood, especially as kids and talking to kids.  Society tells us that youth is the best time of life and to hold on to it, as though once adulthood sets in, life is miserable.  She made it clear how much she wanted her daughter to know how fulfilling and contenting the rest of your life truly can be.  Though I'd never thought about it before, I completely agree.

On the other hand, I have lived my life in direct conflict with that idea most of the time.  Recently, I was presented with some information that hit an adolescent nerve and brought about a reaction that was not only childish, but embarrassing and hurtful.  Though my choice to react was completely in my control, the reason I fell so easily into that trap was that my emotions were deeply rooted in my youth.  The issue mattered so much to me years before for understandable reasons, but the fight ultimately accomplished/es nothing.  I regret my actions but I'm thankful for the lesson learned.  Sometimes we are carrying around chips or causes that we don't even believe in anymore mostly out of habit. Re-evaluate your motivations.  Where are they from?
The thing is, being a grownup -single, married, working, school, whatever- is so freeing, when adolescence really isn't. As a kid you are limited by perspective, understanding and judgement.  It feels awesome because you are feeling life for the first time but of course it does - you've never done it before so how would you know any different? :) Every part of life is amazing and God continues to amaze me at the things He designed and put in place on purpose.  So, truly we should cherish wherever we are at as much as we can, but ultimately remember that here (wherever that is) isn't the end or goal.
Posted by Amy Butler at July 01, 2010

Great post! So very true though. It seems as though my younger years (like I'm that old) were so great but I wouldn't give up "now" for anything!