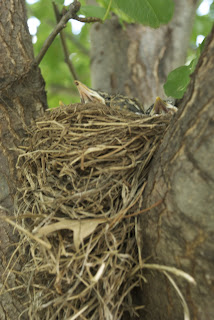 In the shower this morning I was going over the things I needed to remember to do today and felt much like juggler. Which ball do you throw first? The muscle we use to focus on several things at once is a special one isn't it? At that moment, I realized how much of my life I wanted things much sooner than I was ready to deal with. Probably the most common example of this is young ladies longing to be matched up and married, ready to create a home and tend to it. No matter the age, most feel afraid since it hasn't happened yet then it might not happen at all and then despair enters the heart. I was no different, except that while I wanted everything, I didn't want any cheap imitations or rushed orders. I wanted it with all of my heart, but I didn't want to mess it up even more. Of course, blatant perfectionism can get you in a whole lot of trouble. I'm not advocating such standards that no one can match, least of all you! But, sometimes we're just not ready for things and God knows that. No matter the age or the object of affection, sometimes we're just not ready. A 3 year old is not ready for the sole responsibility of a dog. Most 16 year old boys aren't ready to care for an entire house all by themselves. I spent several years as an official 'adult' in college and didn't marry until I was 26 (which by some standards is an old maid!). I am 29 and have yet to birth children. I am now so grateful for all of that. I cherish being able to consider my roles, consider my capabilities and desires before being thrown in them. We can't always be so lucky, but in so many ways we have that option in life and choose to ignore it. Because others around us, whether our age, circumstance or whatever, start doing things, its so easy to get caught up in the idea that you probably should too. Moving out, going to college, getting a pet, marrying, having children, etc. are all things that requires a certain level of preparation and responsibility. These undertakings, without some preparation and readiness, can blow up in your face. In the shower this morning I was so thankful that I did not get what I thought I wanted several years ago because I flat out wasn't ready at all.
I know, when are you ever really ready for adulthood and all it holds? You might answer never, but I wouldn't. There is a scale I think rather than ready or not. We're taught to seek wisdom, especially in our youth. To me that means there are wiser choices and less wise choices. When I say ready, I don't mean 'can perform task perfectly.' I mean informed of and grasp the gravity and ramifications of task. No, the world doesn't stop turning because someone does something prematurely, but ripe, juicy tomatoes are so much better than green, hard ones.
Posted by Amy Butler at July 07, 2009

Email ThisBlogThis!Share to TwitterShare to FacebookShare to Pinterest
Labels: Being Ready