Lost Perspective: What Happens When the Volume Gets Left Up High

This past week, I pulled out some soup bones from the freezer to make a batch of bone broth.  I hadn't tried to make any for years, since we had moved and since Miss Z was little.  It's not hard, but it is a 24-48 hour process, which can be a little tiresome to the instant gratification-style attention span our culture carries with it.  At one point, I was straining the unnecessary bits out to leave a rich golden brown broth to be put in containers and I was reminded just how spoiled and foolish our society has grown.  This drawn-out process I was feeling impatient with was something my grandparents and great-grandparents would have done regularly without a thought.  In the past 150 years, so much has happened that put the world in fast forward mode in some ways.  Cars, the assembly line, electricity, telephones. Our entire concept of time has been changed. And then wars and horrible evils being played out that my generation has only read about.  The delicate nature of our health has ebbed and flowed a hundred times over. 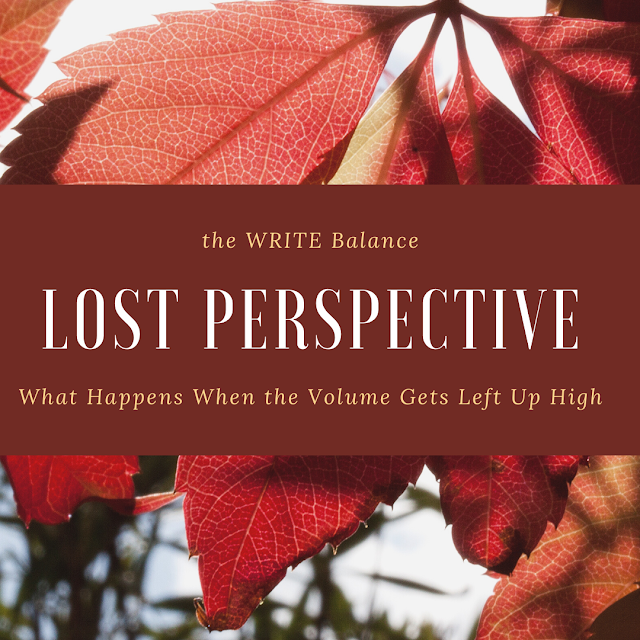 As I was cooking in my kitchen of modern convenience, I thought of how a woman 150 years ago might have passed her time as she prepared the evening meal.  She would not have had wireless headphones and a mobile phone to watch or even the latest news to ignore in the background.  It's humorous to watch a favorite sitcom and observe how time can be counted by the size of a cell phone or just the advancement of technology.  It's funny, but doesn't that show you just how quickly life has sped up and extremely different our modern age is?  As teenagers forget that money doesn't grow on trees, we forget that the world has not always been this fast.

As you witness all the passive aggressive - and sometimes flat out aggressive - language being shoved around about elections, masks, evils and champions, remind yourself to breathe.  Just because we can participate in something doesn't always mean we should.  Our advancements of technology and invention have brought many wonderful things to our world and for that I am grateful.  That doesn't mean that every advancement is good for me. In this fast-paced modern society, I can drive to whatever fast-food chain I want and get dinner made for me for a nominal fee, but life is better for my family when I cook dinner.  If I want to declare on social media that every person who does not agree with me on any particular issue of the day (including the one that is backed by science or affirmed by scripture and my favorite preacher) is not only moronic but doomed for societal failure, I can certainly do that.  But that doesn't mean I will change your mind and in fact it's possible that my aggression might cause more aggression.  Just because I can doesn't mean I should.

We've all felt the exhaustion 2020 has brought about largely because it has felt like so much has happened.  And, of course, a lot has happened, even in ways that have nothing to do with a virus or politics or social issues.  Still, isn't a lot of it due to the loudness of our speakers?  In a kitchen 150 years ago, a woman might sing a tune or listen to the birds outside her window.  Today, we can pipe in any music we like while also watching something on television as we mull over the post someone just made and stirred the pot on social media.  Life isn't exactly harder than it used to be, but it sure is faster and louder.  And that's a problem.

People were dying years and years before us.  Politicians were lying years and years before us.  Freedom and equality have always been up for debate. God's people have suffered and strayed.  There is nothing new under the sun.  Still, we have left the volume turned up so loudly in every room on every voice that we're losing the ability to think straight.  As much as you might demand it, not everyone agrees with your mask policy.  No matter how many scriptures I might recommend, there will still be violence to the innocent.  All the judging in the world of that mom doing her job NOT the way you think she ought to isn't going to somehow make it all better.  I'm proud to live in a relatively free country where I can raise my babies the way I believe God wants me to, but I do not believe the lie that Americans will ever agree completely on anything.  My question to you and aimed back at myself is why are we so shocked when people disagree with us?

There is nothing in this life that truly supports the idea of one size fits all.  Even Jesus spoke in a parable about workers coming at different hours.  The gospel is designed to meet us where we are and grow us up into Him.  No conversion was exactly the same except for the gospel itself! In education, in health, in relationships, in emotional needs, we are all different and require different things at different times.  As such, we are going to disagree or at best see the world differently at first.  In our microwave lifestyle, we've gotten used to being told what we want to hear by the messages of media.  You are worth it.  You deserve it.  Eat this,  Buy that.  Listen to this.  Snub your nose at that.  We don't like being told to wait.  We don't accept that it's going to require harder work than we would like.  We resist those who would disagree with us because we can't cope with harsh realities of the world sometimes.

I'm thankful for modern convenience and advancement, but I don't like the price tag of perspective.   When we lose our perspective, we are likely to believe anything that comes down the pike.  Giving up perspective dupes us into thinking the world has never seen struggles like this before, that we don't already have solutions for the world's troubles, and that God isn't working as we speak. So many of our complaints are first world problems - things that you complain about when you're used to life being real easy.  In reality, we have a great deal of power over the choices we make and too often complain about situations we ultimately created.  The truth is that life isn't always fair, we can't control other people and the choices we make matter.  Instead of being snarky on social media, dive into the depths of improving your circle.  Is your complaint truly a complaint or is it impatience and ungratefulness? I confess that my complaints usually consist of both.

As we head into the final stretch of this year, let's seek perspective and wisdom, rather than blame and foolish arguments.  Our government might be in disarray and our plans might be different, but how many other countries around the world have been here before?  God is good and as Christians we need to set the bar in living that way boldly.