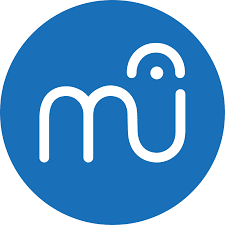 I’m not a good musician.  I can sing okay, but not great.  I can play the piano but only early-intermediate level (no real Mozart for me, only the dumbed down stuff).  I can play guitar, but that’s worse than the piano from lack of use.  Don’t get me started on middle school trombone.   But all those are in order of regular use.  Engineers don’t generally take music theory…and I didn’t though I did sing in the choir my senior year of college, but that was only because my girlfriend suckered me into it. I would not have tried out otherwise, though I did enjoy the experience.
Long story shortened, I heard a song on the radio and wanted to try to sing it at church, found some sheet music online and bought it as an electronic PDF but it had several thing against it.  It was not in the right key, it was spaced out to 5 pages long(our church likes thing 3 pages or less and it was not  written the way I was used to (we use something called “Solfege” notation at our church so what I had needed to be converted).  I spent about 2 weeks complaining that I didn’t have a way to change it short of spending “all that money” on finale (a software app used by composers to digitally notate and compose music) because that was all I knew existed.

Complaining is just that kind of thing, you say but don’t do something, and I didn’t. Finally over the New Year’s break I sat down and did the 2 second google search of “free music writing software” and got several options.  After spending too long down a couple of Reddit-holes, I decided to download MuseScore to my 10 year old laptop and hope for the best.
The music I’d bought was a PDF and MuseScore said it could import PDF’s and I was stoked but the import was messed up because of the music fonts the writer used.  So I had to settle down over 3+ days and manually enter every note and lyric of the 5-page score and figure out how to condense the space down to 2 pages. After playing with it for a week now, I thought it’d be a good idea to let you know what I think of the software. You might want to create something on your own.

1. It’s like a programmer made a music program.
The interface is pretty sparse and looks a little windows 95, with flyout toolbars that you can remove on top and on both sides.  You can actually manually click-in notes with a mouse, but it’s a 2-step process.  Click the duration, click the score location, and hope you didn’t mess it up.  Though you can click and drag stuff around pretty seamlessly.  The program uses an extensive list of hot-keys, so 1-9 keys stand for durations, A-G keys stand for notes, and alt,shift and control buttons can be used for a wide variety of things.  Once I learned this it was pretty easy to notate “relatively” quickly.  I’ve heard Finale functions like this too so it’s not really surprising how it works, just don’t expect it to be really quick without practice.

Below is a screenshot. 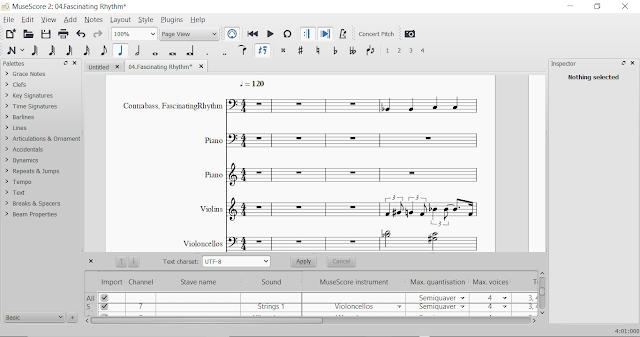 2. The kids will get a kick out of it.
It’s kind of like a new language and I’m not particularly afraid to let the kids mess with the program since there’s almost nothing they can mess up.  They can do a little of anything they want and they certainly did.  They won’t pick the hot-keys up fast, but to tell them to just plunk in notes with A-G is an interesting lesson in modes and progression, or maybe 21st century music.  Up-down arrows make accidentals appears so that can be a lot interesting too.
They don’t actually have to be able to play an instrument to make some form of sound.  Mozart had to learn all the music theory before he could compose.  My kids don’t have to to create, though the music theory would make it easier.  The ability to create a full score with multiple instruments will lead to some fun exercises.  You can even add lyrics to the music.

3. It’s free and not version-stale.
Can’t beat free.  A non-student version of Finale is $600.  MuseScore runs on Windows and Mac and it’s being updated about every month or so, so it’s not something that’s stale, or unstable.  A lot of open-source software can get to a point where the last version is sort-of useful, but isn’t being updated and eventually the updates on your computer operating system can wreak havoc and cause problems with old stale software.  I’m less likely to keep anything (even apps on my phone) that isn’t updated regularly.

4.  It’s probably MEANT to be used on a large screen(or two).
My 14 inch laptop led to a lot of frustration just because the interfaces can be pretty crammed.  Having a larger screen or more real estate would have made the easier.  But overall I got used to it and was able to shutdown the sidebars when I didn’t need them to give me space.
Overall I will continue to use this program and as a result of my positive experience I’ve got at least one other project I’m contemplating.  You don’t have to be a musician or trained in theory to use it, but a basic understanding of music is probably best.  I think using it to let kids experiment would be a really good use of it, regardless if they are little prodigies or not.  Go look it up and see.  Download available at MuseScore.org.