“Where there’s life, there’s hope.” – Marcus Tullius Cicero
In my house are several houseplants and Ivy is one of the easiest and most proliferating plants to maintain.  Every year or so I’ll collect my plants to pull off dead leaves, repot some that have grown too large and try to beautify others.  Before we moved I had pulled off a green vine with no leaves from a larger plant and planted it in hopes of reviving it and growing leaves.   The pot I used had deep significance to me because a sweet cousin of mine had given it to me when my son was born.  Because of that significance, I was hoping to will the plant to thrive.  Of course, there is no guarantee that the plant would make it because I had failed before, but more often than not, it turns out beautifully.
This transplant happened a year ago from this writing.  For over 11 months, I watered that little vine – which was pretty ugly as ivy vines go because it had no leaves – with little to no changes that I could see.  Month after month, I kept watering it with a glimmer of hope just because I wanted it to survive so badly.  We moved and for a while it was in the kids’ bathroom and then I moved it to mine because there was an abundance of sunshine there.  Up until that point, nothing changed or suggested that it was even alive, except the vine was still moderately green.  No leaves, no sprouts, nothing.  In June, with no significant event crowning the moment, a little perfect leave sprouted on the vine.  2 months later, today there are several gorgeous leaves!  It’s the little things, I know, but this illustrates such a beautiful thought about life and our children. 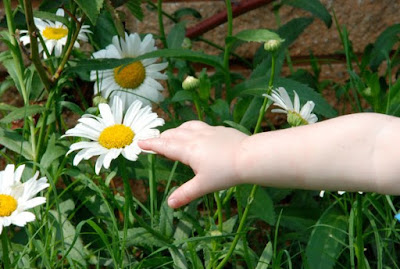 Our children are originally connected to a womb that facilitates everything they need to grow and develop.  When they are born and throughout our time with them we are doing the work of transplanting them into their own pot so to speak where we pray they will thrive.  But there are always times – sometimes years – in their lives where there is no visible fruit.   There is just enough life to keep us from giving up, but it still might seem futile.  “That will never happen.”  Too many times we make up our minds about the possibility of something.  Learning a skill, mending a relationship or even making a life right with God – never underestimate the beauty of the human spirit and the power of God.  Many things might be unlikely, but never quit working, hoping or praying for those important things we’d like to happen. 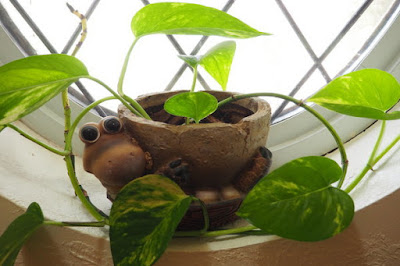 There may be difficulties and discouraging trials right now.  That in no way dictates the possibility of new life in the future!  Every time I walk by the edge of my bathroom window and see that flourishing plant, I well up inside because it is just proof that with God and His tools and His time frame, all can be made new again.
This content was originally published at  Homeschooling with Heart, The Old Schoolhouse Blog.
Posted by Amy Butler at December 07, 2016