Pushed Out In the Cold 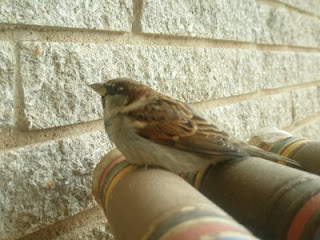 Boy Meets World was a staple television show from my past that ran from 1993-2000.  In the final season the show sweethearts, Cory & Topanga, get married and in the episode "The Honeymoon is Over", they get a harsh bite of reality.  In not fully preparing for adulthood, they find themselves living in 'married dorms' at school that turn out to be the local slums. When Cory finally reaches out to his parents for salvation, they refuse to help him saying they have to figure this out themselves.   In 1999, when I first saw this episode, I was 19 years old and couldn't imagine parents being so heartless to their kids!  In the end, the couple makes the best of a horrible situation and learns many lessons, but I was still unconvinced that such tough love was necessary.
The Honeymoon Is Over
Marriage is a good illustration, but I think its more applicable to adulthood in general. What I thought was so heartless was perhaps hard to swallow but very realistic and healthy.  Parents are given the responsibility to care and raise their children, but for what reason? So that they can do things for them the rest of their life. Some might think so, but that isn't the case. It is so that those same children will one day be able to do for themselves and eventually do for their own children in the same way.  But, like in Cory & Topanga's situation, if their parents had set everything up for them, they  never would have known how to adapt and function on their own completely.  There is a time to take training wheels off. Taking the training wheels off doesn't mean you won't fall. It means when you fall, you do the picking up and trying again.
I hate doing certain things by myself and can grow exceedingly impatient when Randy lectures me that its good to be able to take care of things on my own.  But he's right.  Sharing and helping are wonderful things, but not if they are handicapping or enabling a crutch. I like to be propped up, but I'm learning that propping myself up makes me so much stronger and able.
Posted by Amy Butler at March 02, 2009